One of those hard things in life is learning to let go.

Wait, Brian. You mean loved ones? Did someone die??

No, far more vapid than that. Stuff. Strangely, it’s really hard to throw away stuff you own that aren’t specifically broken. Take these t-shirts: 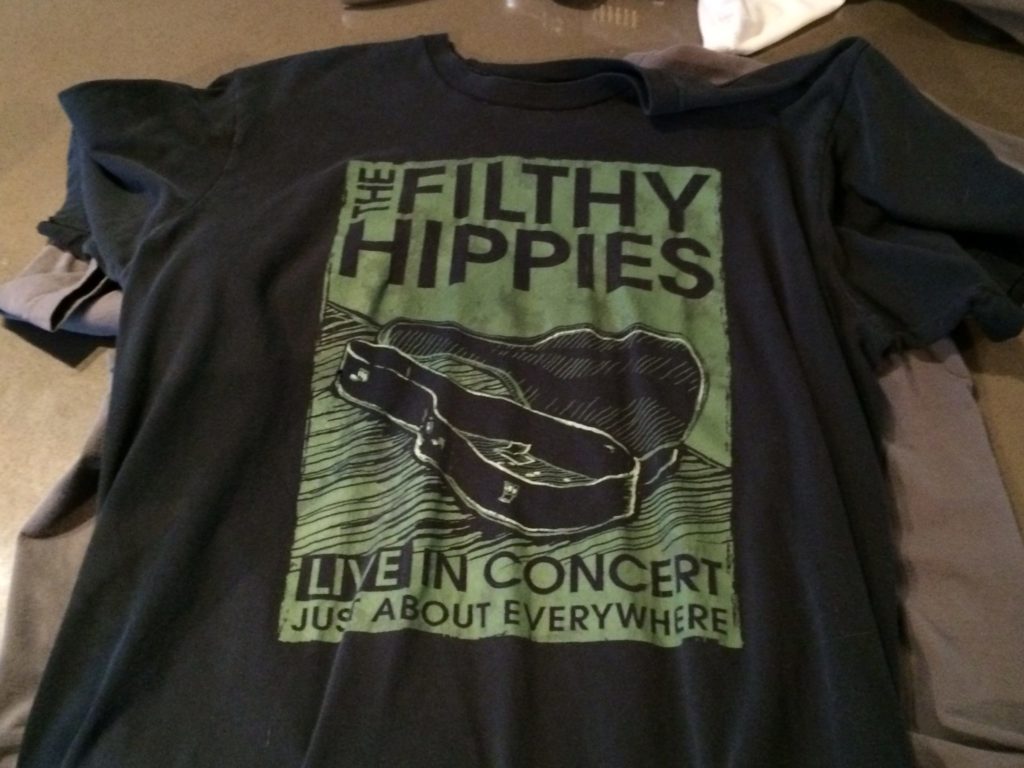 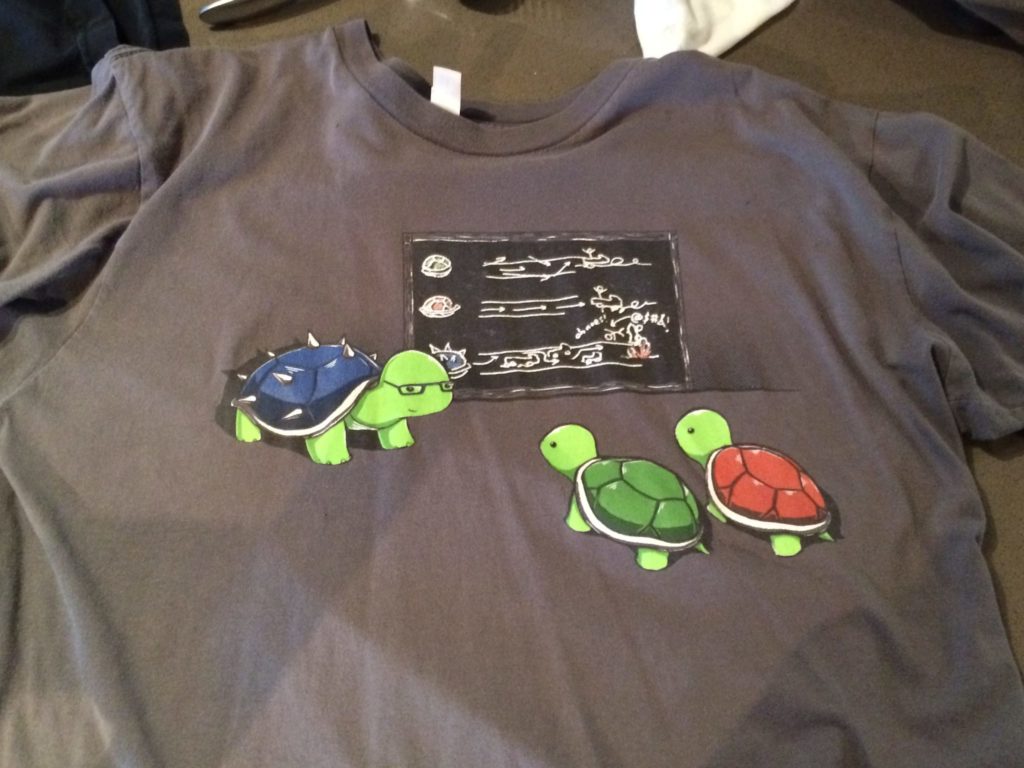 These T-shirts are awesome. The top one comes from a time when Alicia and I really enjoyed bashing ironically on hippies back in New York. Did we actually hate hippies? Naw. But they’re so friendly, peace loving and generally easy-going that the irony of hating them is delicious. It’s like hating astronauts.

And the second shirt it’s a subtle reference to Mario Kart 64, a video game that introduced the blue shell – far superior to the red or green shell. Okay, not that subtle, but if you’ve not played Mario Kart, you have no idea what this shirt is about. That’s my favorite kind of pop culture reference – on the down low.

Both these shirts were purchased from http://shirt.woot.com/, back when I was really loving woot. Frankly, I still like these shirts and would consider rebuying them.

So what’s the deal?

I lost 50 lbs. These are large sized shirts. They’re American Apparel large, which means not as large as normal, which is why they survived the cut I did to my clothing last summer (I purged upwards of two dozen articles of clothing). But I don’t wear ’em. They look dumpy on me and as a result, I just don’t feel good in ’em.

What’s more, they represent a bygone area of my life. I don’t want to be a guy that wears the same t-shirt for a decade. That’s one of the reasons I love Forever 21 now-a-days. Their clothing is super cheap, both in price and quantity. During my purge last summer, I bought 6 shirts from them for 3.97 each. Are they going to hold up? Probably not – I’ve thrown two out already because the stitching was coming undone. But that’s perfectly fine for me.

The big lesson here is that I threw these out back in June and haven’t thought of them since. These things we hold onto because we think they’re amazing, they deserve a profound thank you, a spot in a scrap-book (or blog?!?), and a spot in the donation bin.

I’m hoping you’ll see more of these posts from me ditching stuff and immortalizing them on my blog and I hope you’re not hanging on to crap you don’t use. 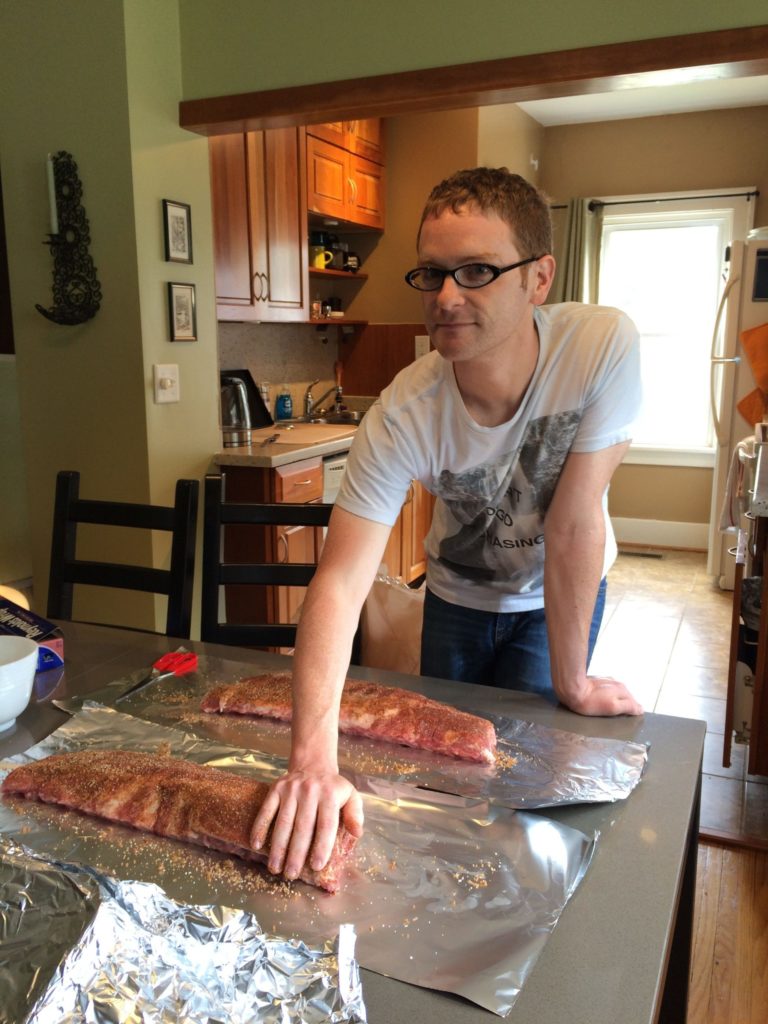 Fourth of July has come and gone, we’re in the depth of summer now. I made ribs.

It’s been the summer of biking for me! I found The Zissou at a garage sale and have been rocking it around town. Not every day to work, but at least one day a week. 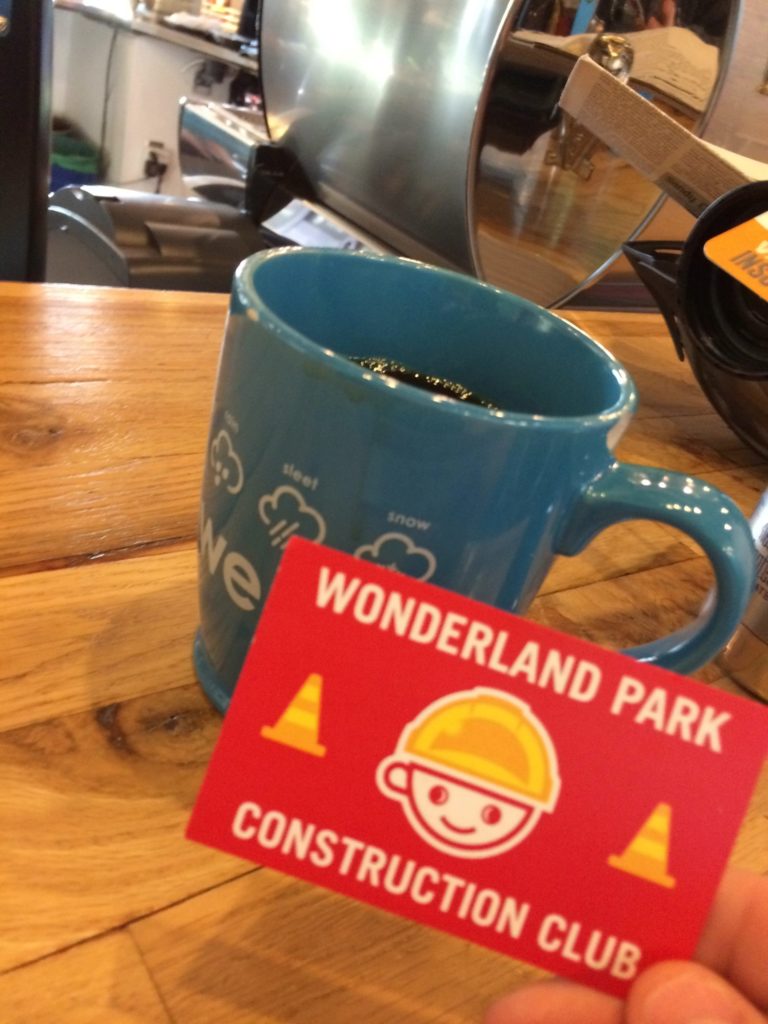 It’s been the summer of Peace Coffee, where I bought their unlimited anything deal. They’re located on Minnehaha Ave, which is undergoing major street renovation. As in, don’t-drive-here-if-you-can-avoid-it street renovation. To lure in customers like myself, they offered a flat rate. I’m probably not getting my money’s worth, as I only go about every third day. That said, the flexibility of any drink I want is pretty sweet. Mostly, I love the excuse to wake up early and bike over before work. 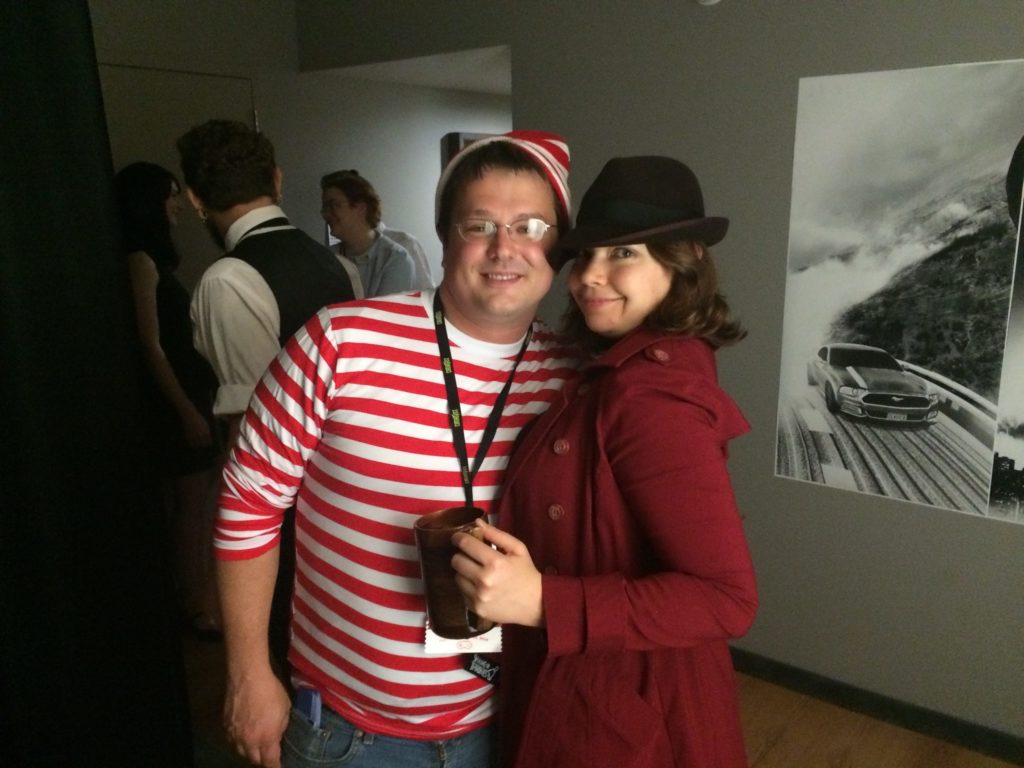 Convergence is a Minneapolis area convention that has lots of drinking and cosplay. Alicia and I returned for our second year, it was a blast. Here’s a photo of my favorite couple’s costume, Waldo and Carmen. 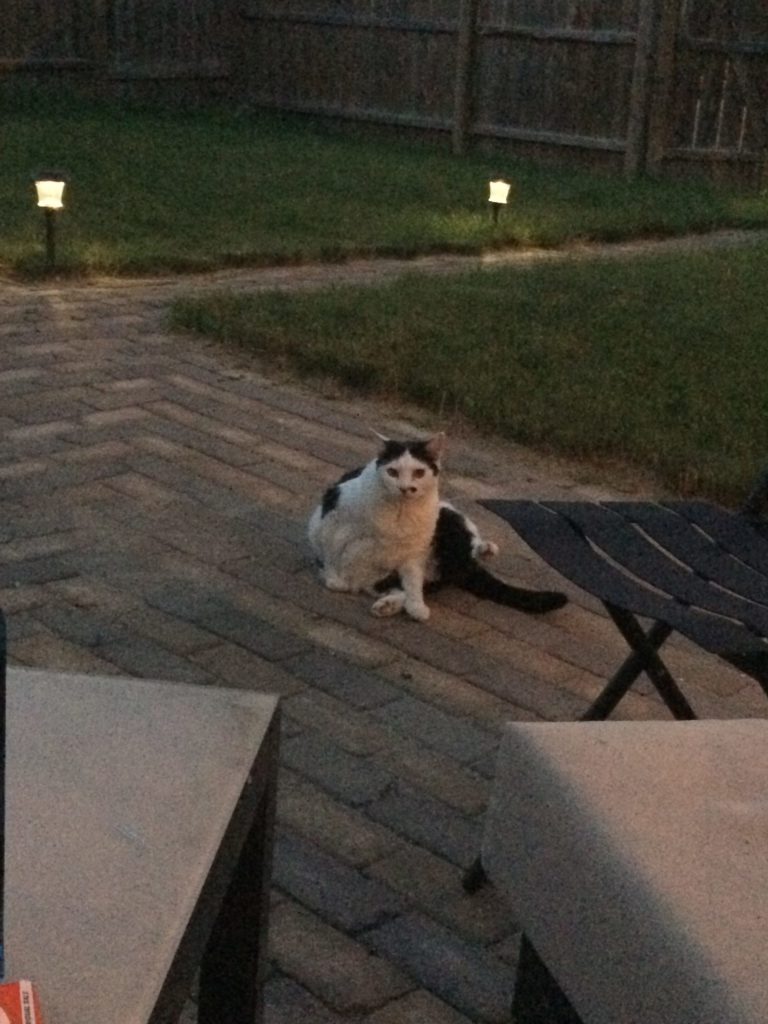 Summer is here, thus the cats are out. Here’s Leela in a barely-feral pose. 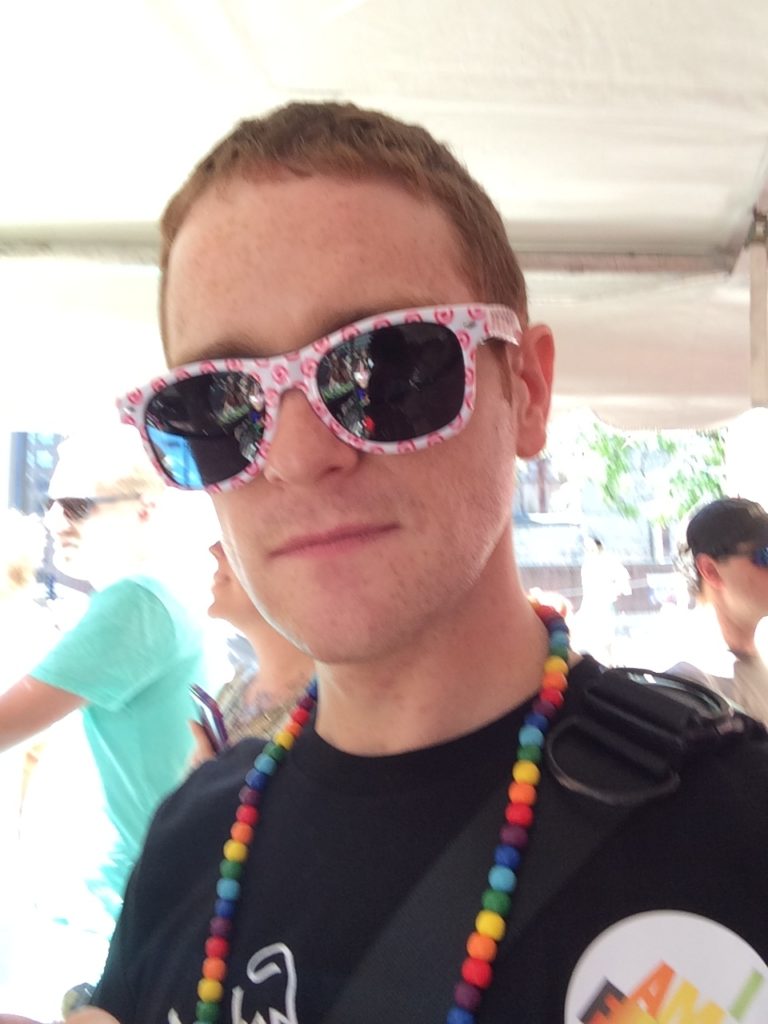 Once again, I rocked the Pride Parade – this time it was TargetStyle.

I’m off enjoying the best months of Minnesota, hope your summer pleasant, to say the least.