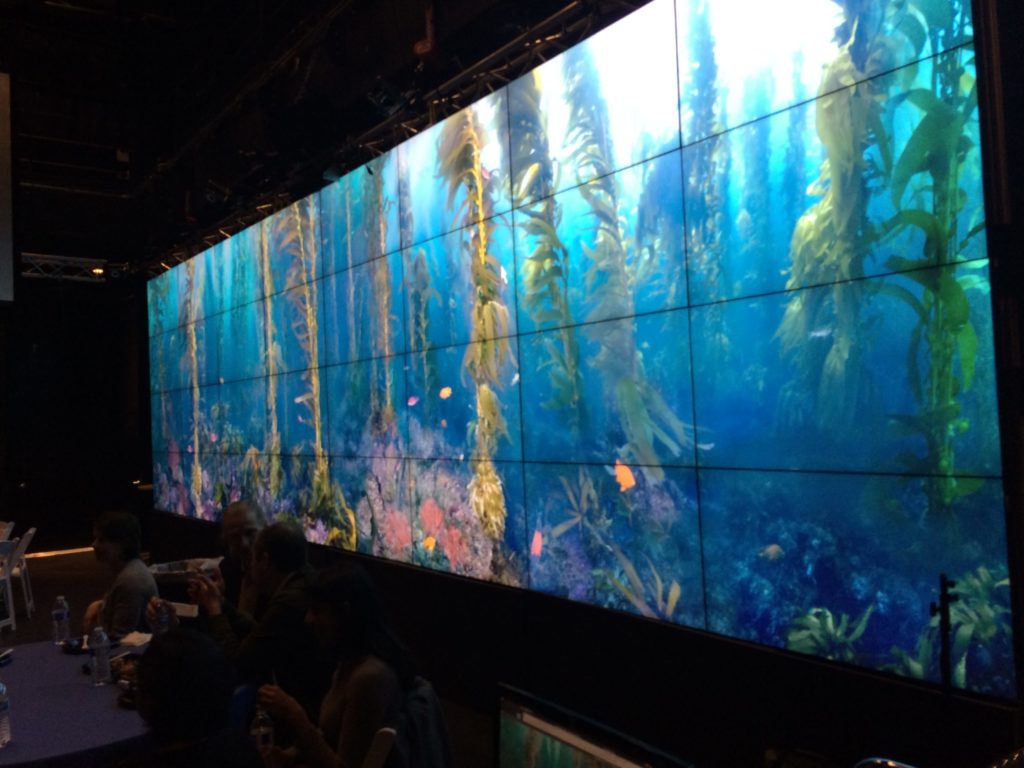 Got one of those things you really like, but never remember to use? For me, it’s this Mathmos Ice Candle.

You’re seeing a cylinder of ice surrounding a tea light. The ice is sitting on a grate with a rubber bucket below to collect the water as it melts.

It’s all frosty in the beginning, and then physics kicks in: 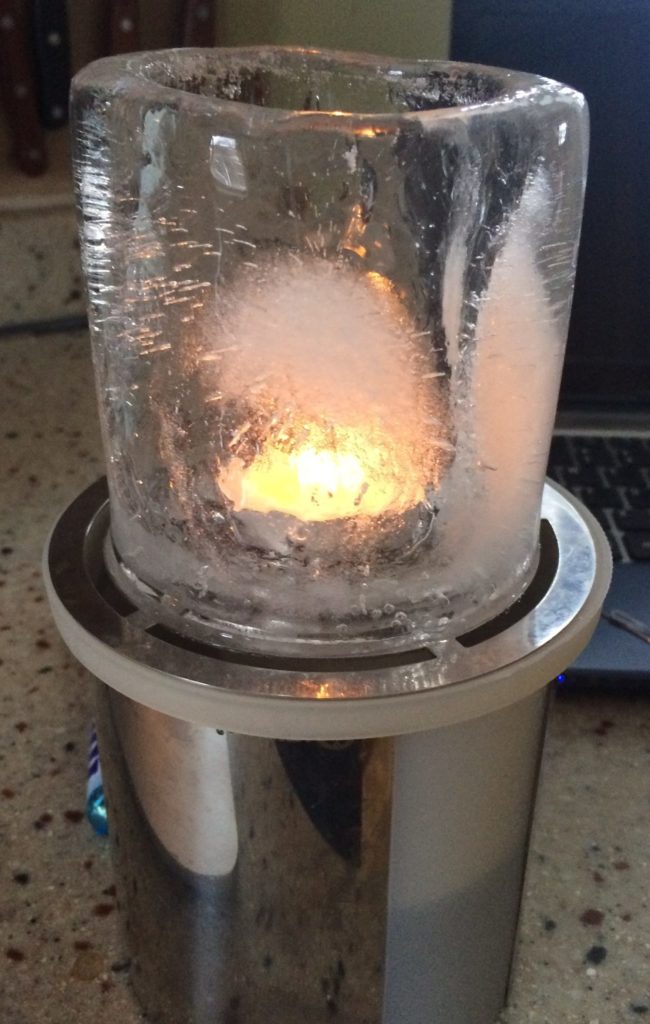 It’s pretty cool that the tea light doesn’t burn completely: the surrounding ice prevents all the wax from melting. It lasts about 1.5 hours, which is a lot longer than you’d think ice could withstand sitting next to a candle. I usually go through at least two tea lights in one sitting.

I’ve been trying to get rid of the useless junk I own and this almost certainly qualifies. Not only do I have to store it for the sole purpose of being pretty, it takes up space in the freezer, which is much more valuable space than your usual knick-knack. Fuck it, it’s cool.