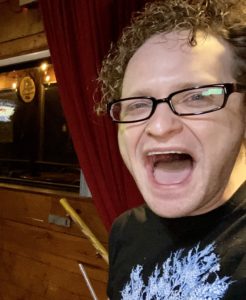 I’m an AI Scientist at Target, a resident of Minneapolis and husband to Alicia. Close friends call me an attention whore and a jerk, but they say that affectionately.

Is a reasonable “About You” page supposed to feature what you currently care about? Let’s try it:

I don’t know if you’ve noticed this in your life, but it’s super weird how passions change. Things that were previously super important sort of fade into the background. Previously, I’ve loved:

…this isn’t to say I don’t care about these things, but they’re more fond memories of previous joy, not currently exciting.

Hit me up on Twitter, I’m @BrianCopeland. Thanks for stopping by!

ps – interested in stalking me? Why not go farther back than (edit 2023: google sites is down, will load backup soon) this blog?